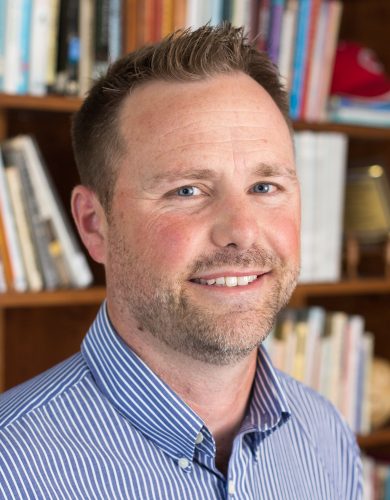 Paul Nesselroade is Professor of Psychology, chair of the Asbury University Psychology Department, and Director of the Asbury University Honors Program. The courses he regularly teaches include Social Psychology, the History of Psychology, Human Dignity and the Social Sciences, the Psychology of the Holocaust, and Behavioral Statistics. He has published research in a variety of journals and has recently co-authored a textbook on behavioral and social science statistics. Dr. Nesselroade’s research interests have included self-extensions, in-group biases, self-other perceptions, and mindfulness. He is currently conducting research on moral grandstanding and social vigilantism tendencies on social media platforms as well as false polarization and false moderation in the perceptions of political attitudes. However, his predominant current interest is exploring the intersection between the cultural and religious beliefs that proposition inherent human value (Imago Dei) and the enterprise of the human sciences, past and present.

Dr. Nesselroade is the eldest of two sons to Rev. Ken and Elaine Nesselroade. Growing up, his father pastored United Methodist and Christian & Missionary Alliance churches in New Jersey, Michigan, and Ohio. His younger brother, Dr. Daniel Nesselroade, is an OB/GYN currently serving in Springfield, Ohio. Earlier in his professional career, his brother spent over a decade helping to start the first protestant hospital in the West African country of Mali; a women’s and children facility in Koutiala. Dr. Paul Nesselroade feels tremendously blessed and will be forever grateful to his parents for bringing him up in a loving and supportive family, one that encouraged a curiosity and respect toward others and nature and an open exploration of ideas, all within the context of his parents genuine and lived-out Christian faith.

Dr. Nesselroade graduated from Asbury University in 1989 with a Bachelor’s degree in Chemistry Education. He then received his M.A. (1993) and Ph.D. (1998) in Experimental Psychology from the University of Louisville. During his graduate experience, and in addition to undergraduate teaching opportunities, he held a research assistantship with Army Research Institute, helping them gather and analyze date on the tank commanders’ perceptions of the effectiveness of simulation-based training experiences. (see pic on right with research team from 1993.) In 1996, Dr. Nesselroade took his first professorship at Simpson University, located in northern California, becoming department chair in 1998 and chair of the division of psychology and business in 1999. In 2002, he returned to Asbury to join the Psychology Department; in 2007 being named department chair. To go to Dr. Nesselroade’s Asbury University faculty page, please click here.

As chair of the Asbury University Psychology Department, he leads his departmental colleagues as they serve Asbury undergraduates pursuing a psychology major or minor as well as the psychology curricular needs of the broader undergraduate population. Over the decades the Asbury psychology program has developed and maintained a reputation of academic excellence, being staffed with quality professors who are active in their field and who deliver expert instruction within a nurturing atmosphere. The program features an emphasis on undergraduate research experiences, the development of professional writing skills, and the intentional integration of orthodox Christian faith with the disciplinary subject matter. The program attempts to represent well both the liberal arts orientation and the academic quality that brands the reputation of the broader university. As evidence of such, and in addition to an excellent graduate school acceptance rate, senior psychology majors, as a class, routinely generate scores on nationally-normed tests of psychological knowledge which place them, as a cohort, in the top 15% of all psychology majors, with about 40% of AU senior psychology majors achieving percentile ranks in the top 10%. The psychology major at Asbury University is a rigorous academic program that seeks to serve both those with and without graduate school ambitions. Dr. Nesselroade is humbled and honored to administratively serve his dedicated and highly skilled colleagues as department chair. To learn more about the psychology program at Asbury University, please click here.

As the initial Director of the Asbury University Honors Program (AUHP), Dr. Nesselroade aspires to develop, launch, and substantiate well this important component of the universities’ academic offerings. The theme for this academic enrichment experience, Studies in Virtue and Human Value, was carefully selected for its relevance to the social, academic, and spiritual questions of the day and its ease-of-fit within Asbury’s liberal arts foundation and her commitment to a Wesleyan-Holiness understanding of orthodox, historic Christianity. The program involves the following 7 components: a series of first-semester orientation events, 4 core courses, 2 course upgrades within selected major, a colloquium speaker series, a study-abroad experience, an undergraduate research or creative product generation requirement, and a service component. Although the program is 22 credits, it is designed to dovetail with the existing curricular demands of Asbury undergrads. Ideally, the accepted student will have to take very few, if any, additional credits to complete the program. Each fall, the AUHP receives applications from accepted Asbury prospective students who have been selected and invited to apply to the honors program. In addition to the AUHP programming benefits, there are partial tuition scholarships and travel stipends available to most of those who are invited to join the program. To learn more about the Asbury University Honors Program, please click here.

Starting in 2014, Dr. Nesselroade has sponsored Asbury University’s “Human Dignity Tour of Central Europe,” an annually held holocaust-themed study abroad experience to Germany and Poland. Dr. Nesselroade created this curricular experience to serve as a means by which his students could explore this most horrific testament to the moral failings of modern humanity. As a psychologist, Dr. Nesselroade approaches the subject matter with an eye both toward critiquing the pseudo-scientific rationale used to justify human extermination and exploring the social psychological principals that have been proposed to help explain it. Although designed for Asbury undergraduate students (and open to students across the curriculum), Dr. Nesselroade welcomes non-student participants as well. Typically, these trips involve about 11 – 12 days (including travel to and from the states) and are held in mid-to-late May. To learn more about Asbury University’s “Human Dignity Tour of Central Europe, please click here. Also, see the travelogue pages from past trips chronicled on this website here.

Dr. Nesselroade enjoyed playing soccer growing up and felt fortunate to be on the front-end of the rise of the sport where he lived in central Ohio. In college, he was privileged to be a member of and to eventually captain the Asbury men’s team in the late 80’s. Paralleling his opportunities to serve as a professor came requests to coach collegiate and club soccer programs. After his dissertation defense in ’98, he began to accept these invitations. Between 1999 and 2012, Dr. Nesselroade coached intercollegiate soccer programs for Simpson University (men’s) and then Asbury University (women’s), the Asbury Women’s Soccer program winning their regular-season conference six of ten years, five times conference tournament champions, and competing in the NAIA (2009) and NCCAA (National Christian College Athletic Association) (2004, 2005, 2006, 2008, 2011) national championships on numerous occasions. Additionally, during his tenure as AU Women’s head coach, the program went undefeated in NCCAA Mid-East Regional play (advancing through the regionals to the national tournament in each of his program’s five attempts); he was voted either conference or region coach-of-the-year six times; over 30 of his student-athletes were 1st team all-conference and/or all-region (on several occasions one of his student/athletes won conference player-of-the-year, and one, Miranda Wiley, was named to Asbury’s Athletics Hall-of-Fame) and around 1/3 of his student/athletes were NAIA scholar-athletes, with nearly 80% of his recruits ending up as a graduate of Asbury. After stepping away from collegiate coaching, he served as an assistant coach for five seasons at West Jessamine High School (2014 – 2018), during which time the program competed in three final fours (2016 – 2018), and won two state championships (2016 & 2017). He also served for 5 years as the assistant coach for a local soccer club, Central Kentucky Storm, ’99 Girls, his squad winning the Kentucky President’s Cup in 2016 and 2017. Dr. Nesselroade is tremendously grateful for each of these coaching opportunities and feels especially privileged to have been able to coach his daughter, Lisa, while serving the high school and club programs. Though no longer coaching, he still serves on the editorial subcommittee of Soccer Journal, the primary publication of the United Soccer Coaches organization, where he periodically publishes soccer-related book reviews.

He and his wife, Cheryl, currently reside in Wilmore, Kentucky. They have three grown children (Andrew, Sarah, and Lisa) and one son-in-law (Austin, married to Sarah). In his spare time, he enjoys reading, traveling, hiking, playing racquetball, listening to music, watching documentaries, and following Liverpool Football Club.